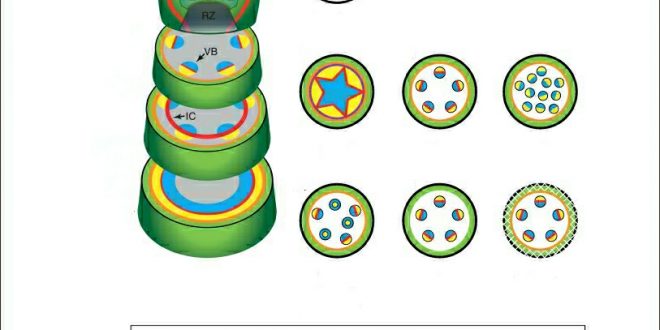 In this article, The Transition of Root and Stem will be discussed briefly.

Root-stem make a continuous structure called the axis of the plant. Epidermis, cortex, endodermis, pericycle, primary vascular bundle all makes continuous structure from root to stem but the arrangement of vascular bundle is different in these two organs. The root possess radial bundle with exarch xylem and stem possess collateral bundle with endarch xylem.

There are four types of root-stem transition. These are described below:

Xylem strand divide by radial division in 2 branches. As branches pass upwards swing in lateral direction. Phloem strand remain as straight chain from root to stem. Here as many primary bundle in the stem are found as many phloem in the root.