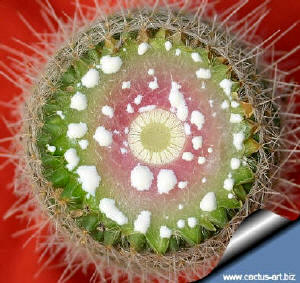 The tissues that are concerned with the secretion of gums, resins, volatile oils, nectar, latex and other substances are called Secretory tissues. These tissues are mainly divided into two groups:

In this article, Laticiferous tissue will be discussed explicitly.

A laticifer is a type of elongated secretory cell found in the leaves and/or stems of plants that produce latex and rubber as secondary metabolites.

Usually latex is present in the families of many flowering plants. This substance may be white, yellow or pinkish in color. This is a viscous fluid and established to be colloidal in nature. Many substances like sugars, proteins, gums, alkaloids, enzymes, rubber, etc. remain suspended in a matrix of watery fluid. Starch grains may be abundantly present.

The laticiferous ducts in which latex is found may be of two types.

These two are described as follows:

Non-articulate latex ducts are independent units which extend as branched structures for long distances in the plant body. They originate as minute structures, elongate quickly and ramify in all directions of the plant body by repeated branching, but they do not fuse together, thus no settled structure are found as they are formed in articulate.

The walls of these ducts are soft and often very thick. Such ducts are commonly found in Calotropis, Euphorbia, Nerium, Vinca. Non-articulate laticifers are of two types.

They are found in Cannabis and Vinca and occur in primary phloem but are apparently absent in secondary phloem.

The ducts or vessels are the result of anastomosing or joining of many cells together. They origin in the meristem from row of cells by the absorption of the separating wall of cells early in the ontogeny of the cells. They grow more or less as parallel ducts which by means of branching and joining from complex network.

A duct of the type resembles with the xylem vessel only in the respect that it is made up of a series of cells united to form a tube otherwise latex duct is living and coenocytic, e.g., Papaveraceae, Euphorbiaceae, Moraceae, Compositae. Articulate laticifers show various arrangements and a fragment association with the phloem. In Carica papaya – the laticifers apparently occur not only in the phloem but also in the xylem. In Hevea brasiliensis, laticiferous system develops in the phloem.

The functions and the contents of Articulate and Non-articulate latex are same but they differ in their nature and morphology. They contain numerous nuclei in the thin layer of cytoplasm along the cell wall. The function of these tissues is not yet clearly understood. They may act as food storage organs or as reservoirs of waste products.

An Experiment on Laticifer Cell

The distribution, differentiation, ontogeny, and other characteristic features, as well as the potential developmental role of laticifer cells has been examined in a latex-bearing plant Euphorbia lathyris.

In the experiment, A whole-mount histochemical staining procedure revealed about 20 laticifer cells running the length of the hypocotyl of E. lathyris: the average length of these cells (9 cm) makes them some of the longest and largest cells known.

Symmetric pairs of elongated laticifer initials in the early stages of laticifer cellular differentiation (e.g., carrying 8–12 nuclei) were detected at the heart stage of embryo development.