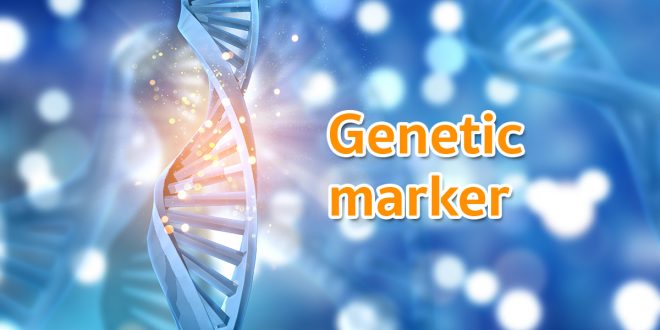 
What is Genetic Marker?

Types of genetic or molecular marker

Some commonly used types of genetic markers are:

Molecular markers have several advantages over the traditional phenotypic and biochemical markers in plant.

There is some concern about using antibiotic resistance genes as markers. The antibiotic resistance genes spread to other bacteria, producing strains of pathogenic (disease-causing) bacteria that it could not kill with antibiotics. In insulin production, the risk is probably very small, because the genetically modified bacteria are only grown in fermenters and not released into the wild. But now there are many different kinds of genetically modified bacteria around, some of which are used in situations in which their genes might be passed on to other bacteria. If these bacteria were pathogens, then we might end up with diseases that are un-treatable.

Because of the risk of creating pathogenic antibioticresistant bacteria, there is now much less use of antibiotic resistance genes in this way, and other ways have been developed in which the successfully transformed bacteria can be identified. One method uses enzymes that produce fluorescent substances. For example, enzymes obtained from jellyfish make a protein called GFP (green fluorescent protein) that fluoresces bright green in ultraviolet light. The gene for the enzyme is inserted into the plasmids. So all that needs to be done to identify the bacteria that have taken up the plasmid is to shine ultraviolet light onto them. The ones that glow green are the genetically modified ones. The same marker gene can be used in a range of organisms. Figure (A).

Another marker is the enzyme β-glucuronidase (known as GUS for short), which originates from E. coli. Any transformed cell that contains this enzyme, when incubated with some specific colourless or non-fluorescent substrates, can transform them into coloured or fluorescent products. This is especially useful in detecting the activity of inserted genes in plants, such as the sundew
in fig (B).

So, genetic markers are useful in identification of various genetic variations. The development of DNA-based genetic markers has had a revolutionary impact on genetic studies. With DNA markers, it is theoretically possible to observe and exploit genetic variation in the entire genome. These markers can be used to study the evolutionary relationships among individuals. Popular genetic markers include allozymes, mitochondrial DNA, RFLP, RAPD, AFLP, microsatellite, SNP, and EST markers. The application of DNA markers has allowed rapid progress in investigations of genetic variability and inbreeding, parentage assignments, species and strain identification, and the construction of highresolution genetic linkage maps for aquaculture species. The advent of nextgeneration sequencing (NGS) has revolutionized genomic and transcriptomic approaches to biology. The new sequencing tools are also valuable for the discovery, validation and assessment of genetic markers in populations. This review focuses on importance and uses of genetic markers with advent of modern technologies.

This Article is completely based on by the lecture of Dr. Mohammad Zashim Uddin, Professor, Department of Botany, University of Dhaka