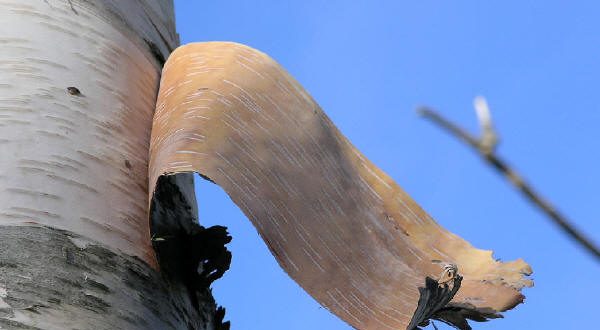 Bark and Lenticel: A Brief Discussion

Bark is the outermost covering of stems and roots of woody plants (especially trees), and is composed of periderm, cortex, and phloem. A lenticel is a porous tissue consisting of cells with large intercellular spaces in the periderm of the secondarily thickened organs and the bark of woody stems and roots of dicotyledonous flowering plants.

In this article, Definition, Types, Function, Formation & Use of Bark and Lenticel will be discussed explicitly.

This term is also used to denote the tissue that is accumulated on the surface of stem as a result of the activity of cork-cambium. As the periderm develops, the bark becomes separated by a non-living layer of cork cells from the living tissues. The tissue layer thus separated become dead. The term bark in restricted sense is applied to these dead tissue together with the cork layer. In wider sense the term is applied to denote the tissues outside the vascular cambium. However, the term bark is loose and non-technical.

Bark is mainly of two types:

As the outermost covering of plants, the first work of Bark is obviously giving protection. It protects the plant from parasitic fungi and insects, prevents water loss by evaporation and guards against variations of external temperature. Bark is also an insect repellent, decay proof, fireproof and is used in obtaining drugs or spices. The phloem cells of the bark are involved in conduction of food while secondary cortical cells involved in storage. Thus Barks keep functioning.

There are some barks having commercial value greatly. Some of them are given here:

Usually in the periderm of most plant, certain areas with loosely arranged cells have been found which possess more or less raised and corky spots where the underneath tissues broken through the epidermis, such areas are found on the stem of woody plants. The broken areas are called lenticels.

Wutz (1955) defined lenticels as a small portion of the periderm where the activity of the phellogen is more than elsewhere and the cork cells produced by it are loosely arranged and possess numerous intercellular spaces. These areas are thick radially than rest of the periderm because of loose complementary cells.

Lenticels may be scattered on the stem or they may be arranged in vertical or horizontal rows. The lenticels also occur on the roots. The lenticels originate beneath the stomata either just before or simultaneously with the initiation of the first layer of the periderm.

As the lenticel’s formation begins, the parenchyma cells found near about the sub-stomatal cavity lose their chlorophyll and divide irregularly in different planes giving rise to a mass of colorless, rounded thin walled, loose cells called Complementary cells. Such cells are produced by phellogen towards outside instead of cork cells. As the complementary cells increased in number, pressure is caused against the epidermal cells and it ruptures. Very often, the outermost cells die due to exposure to outer atmosphere and are replaced by the cells cut off by cork cambium or phellogen.

The lenticel functions as a pore. It provides pathway for the direct exchange of gases between the internal tissues and atmosphere through the bark, which is otherwise impermeable to gases even during night when stomata are closed.