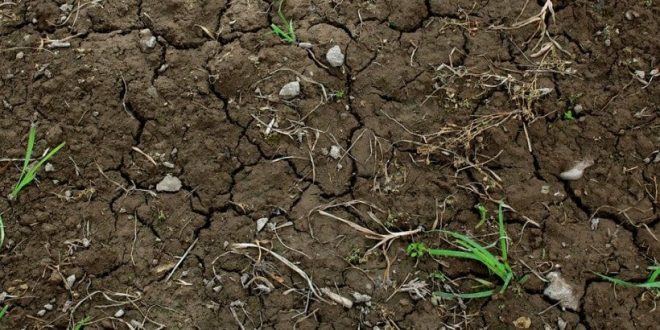 Soils of Bangladesh: Formation and Tracts

Because of being an ‘agricultural country’, soil has always been a matter of concern in Bangladesh. Despite being a small country, soils of Bangladesh shows huge varieties.

There are many recognized and unrecognized causes of such varieties. Normally, due to a diverse nature of physiographic condition, land type, parent materials of soil and hydrology and drainage conditions, varieties are happened in the type of soil.

In this article, soils of Bangladesh, their formation and tracts of soil will be discussed briefly.

Formation of Soils of Bangladesh

The formation of soils in our country is as follows:

The major part of Bangladesh is alluvium. It is formed by the three major rivers Brahmaputra, Ganges and Meghna. The system drains a basin of some 1.76 million sq km. Over millennia, the sediments carried by the huge discharges of these rivers have built a broad delta. Thus, they formed about 80% of Bangladeshi soil.

Unlike other floodplain, terraces were uplifted and formed above sea level. Since then it has been subject to the action of soil forming processes. The color of the soil is red or reddish brown. It covers about 8% of total soils of Bangladesh. Part of Dinajpur, Rangpur, Bogura, Rajshahi, Tangail, Mymensingh, Gazipur and Cumilla belong to Terrace soil.

3. Tertiary and Quaternary Sediments of Hills

It covers about 12% soils of Bangladesh. Erosion on steep slopes of high hills constantly removes the weathered material on the hills. Thus keeps the soils young on the high hills. The soils on the low hills are older as erosion is less severe. Hence soil materials can esaily accumulate. Chittagong Hill Tracts, Chittagong, Sylhet, Moulovibazar, Mymensingh etc. contain hill soils.

7 Tracts of Soils of Bangladesh

There are 7 tracts of soils in Bangladesh. These are as follows:

It Comprises the former greater districts of Dhaka and Mymensingh and some isolated areas in Chattogram, Cumilla and Sylhet districts; covering around 10,000 sq km.

This tract represents a highland tract above flood level intersected by numerous large and small depressions, locally known as ‘baid’. The soils have clayey texture and contain large quantity of iron and aluminium. The cation exchange capacity is low and are deficient in organic matter, nitrogen, phosphorus.

It occupies a total area of around 13,000 sq km of the former greater districts of Rajshahi, Dinajpur and Bogura.

This tract belongs to an old alluvial formation which is usually composed of massive agrillaceous beds of pale reddish brown color that often turns yellowish on weathering. Locally the soils are rich in lime. Soils are deficient in nitrogen and phosphorus.

It comprises parts of the former greater districts of Rangpur, Dinajpur, Bogura and Pabna. It covers an area of approximately 16,000 sq km. The predominant soil texture is sandy loam. The soils are in general fertile and are rich in potassium and phosphorus but lack of organic matter.

It is located in the former greater districts of Cumilla, Noakhali and Sylhet except the hilly areas and parts of the former districts of Mymensingh, Dhaka and Chittagong. It covers an area of 40,000 sq km. The dominant soil texture is sandy loam. The soils are naturally fertile and are recharged every year by fresh deposition by the floodwaters.

It comprises the former greater districts of Jashore and Kushtia and some parts of Rajshahi, Pabna, Faridpur, Khulna, Barisal and Dhaka. This tract occupies an area of 27,000 sq km. It represents the riverine lands of the Gangetic plains. Soil texture varies from clay loam to sandy loam. The soils are moderately fertile and are characterized by calcium carbonate content and are well supplied with phosphate and potassium.

It comprises parts of the former Barisal, Patuakhali, Khulna, Noakhali and Chittagong districts. A total of around 20,000 sq km area is under this tract. It represents the flat low-lying areas along the coastal belt and the estuarine islands. The soils are well supplied with potassium and phosphorus. The Sundarbans is located in this tract.

It comprise Chittagong Hill Tracts and the Garo Hills of the former greater Mymensingh district. Hill Tracts cover an area of around 15,000 sq km.

The soils consist of hard red clay with a mixture of fine sand of the same color and nodules containing a large percentage of sesquioxides. The soils are highly leached and have a low natural fertility. Hills are mainly under natural and plantation forests. Shifting cultivation is practiced in some places.

Interesting article with a good description. If possible, try to add some pictures for making it more attractive (personal opinion).

Thanks for your suggestion…

All the images are amazing.