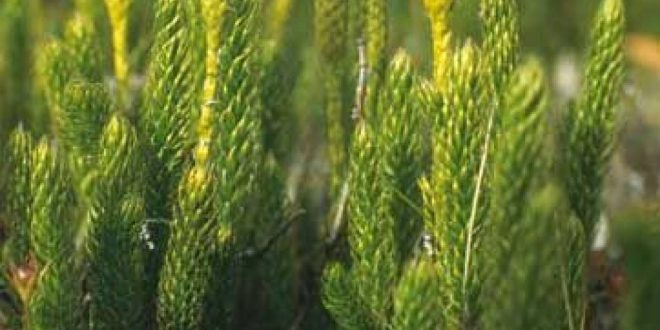 Ligule: A membranous outgrowth projecting from the leaf sheath.

On the basis of ligule, Lycophyta has 2 classes:


Around 200 spp. in world specially in tropics shows great diversity in form because of which divided into 2 gubgenus.

Stem in Urostachya are erect and pendant, they never have creeping axis. In most species stems are much branched with dichotomous branching. Typically have prostate stem bearing upright branches. Stem remains densely clothed with small leaf.

Roots are adventitious. Dichotomously branched and fibrous in nature.

In Rhophalostachya roots arise along the entire length of the stems base.

Leaves are simple, sessile, lense shaped with broad base. They have single midrib that does not quite extended to the axis. This type of leaves are called microphylls.

Sporophylls are smaller, paler in color with serrated margin.

Veg. leaves have smooth margin. The leaves are arranged spirally in wholly or in pairs L. clavatum (whorl)

A) By bulbil or gemma

Bud like structure are formed near the stem tips. According to Smith (1990), these are modified leaves since they have same position, same dorsiventrality and the same vascular supply as a leaf.

According to another view, interpreted as modified sporangia.

B) By dormant buds

The tip of rhizome becomes resting bud and under favorable condition give rise give to new plant.

Plant is sporophytic. Spores are developed in the sporangia.

Germination of spores and prothallus development

Upto 5 celled stage nourishment from five celled structure. Further development proceeds only when hyphae enters the basal cells, and maintain symbiosis. After the establishment of endophytic mycorrhiza, the apical cells becomes active and cuts of six segment. Later, apical cell is replaced by group of meristematic cells which divide and re-divide to give rise to prothallus.

Only difference in antherozoid structure.

Oval in shape about twice as long as wide.

On the basis of the mode of development of sporangium:

Currently in 4th year (Hons) in the Department of Botany, University of Dhaka. Planned to have multiple careers one by one but promised to be with 'Plantlet' as long as it's primary stage remains unfinished. Email: abulaisshomrat@gmail.com. Minimum monthly resolution - Publish (1), Revise (3), Share (5)
Previous Psilotum: The Whisk Fern
Next Rickettsia: The Disease Causing Bacteria (Part-2)