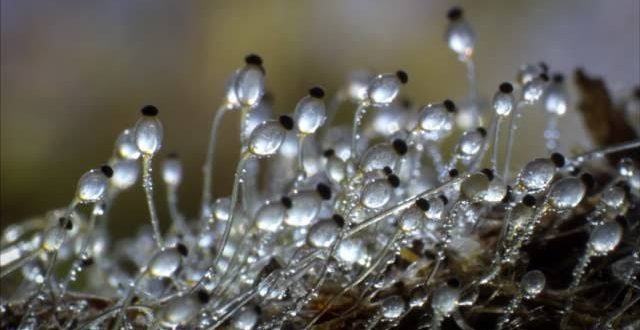 Mucorales: The Largest Order of Zygomycetes

Zygomycetes(Gr. zygos= yoke; spora= seed, spore) are a variant fungal class of the phylum Zygomycota, mostly known as “Pin Molds”, can be found worldwide. There are 450 species which are grouped under 70 genera that make up the class Zygomycetes.

The class zygomycetes is named after the thick-walled resting spores which is called zygospores and these are formed in consequence of the complete fusion of the protoplasts of two equal or unequal gametangia. However, because not all species placed in this class have been shown to produce zygospores, a variety of morphological, biological and ecological characteristics also enter into defining the class.

Mucorales has by far the largest number of species and morphological diversity of the seven orders of Zygomycetes. Because of the members of this order zygomycetes is called pin molds.

Mucorales can be separated from the other orders of Zygomycetes by a combination of their asexual and sexual reproductive structures as well as by their relatively non-specialised associations with other organisms. The difference will become readily apparent.

Sporangiola: Reduced or much smaller sporangia, lack of columella.

Mucor: Sporangia borne singly at the tip of a sporangiophore. Numerous sporangiospore and columella present. Absence of stolon.

Rhizopus stolonifer: Sporangia borne singly at the tip of a sporangiophore. Numerous sporangiospore and columella present. Presence of stolon.

Harmful effects of the members of Mucorales

Several species of Mucor, Rhizopus and Absidia cause diseases in human which known as muromycosis.

2. Rhizopus stolonifer: It is known as “Black Bread Mold” because it grows on moist, old bread. It causes destructive diseases on strawberries during shipping and marketing. It also damages sweet potatoes during storage, causing a soft rot condition. Bud rot of jackfruit.

Uses of the members of the Mucorales

2. Rhizopus oryzae– Use for the production of wine.

A girl with a lot of dreams to accomplish and make her parents proud. Currently studying in 1st year of B.Sc in University of Dhaka. Want to walk with Plantlet a long way. Interested with debate, music, photography and poem recitation. Email: syedanusratbd@gmail.com Minimum Monthly resolution: Publish (1), Revise(1), Share (1)
Previous Linkage and Recombination (Part 2): Sex linkage in Drosophila, Linked gene & Synthetic gene
Next An Overview of Oomycetes

Very much Impressive!! Nice to read. Keep it up man.