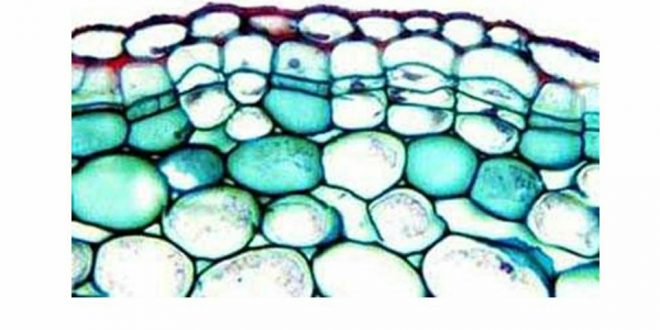 Periderm is the corky outer layer of a plant stem formed in secondary thickening or as a response to injury or infection. It is a cylindrical tissue that covers the surfaces of stems and roots of perennial plants during early secondary growth; therefore it is not found in monocots and is confined to those gymnosperms and eudicots that show secondary growth.

In this article, Periderm, it’s structure and development will be discussed briefly.

Due to continued formation of secondary tissues, in the older stem and roots, however, the epidermis gets stretched and ultimately tends to rupture and followed by the death of
epidermal cells and outer tissues and a new protective layer is developed called periderm.

These three parts are described as follows:

Phellogen is a type of lateral meristem. It contrast to the vascular cambium, the phellogen is relatively simple in structure.

Place of origin of phellogen

Origin and development of Phellogen Diagrams are given below: 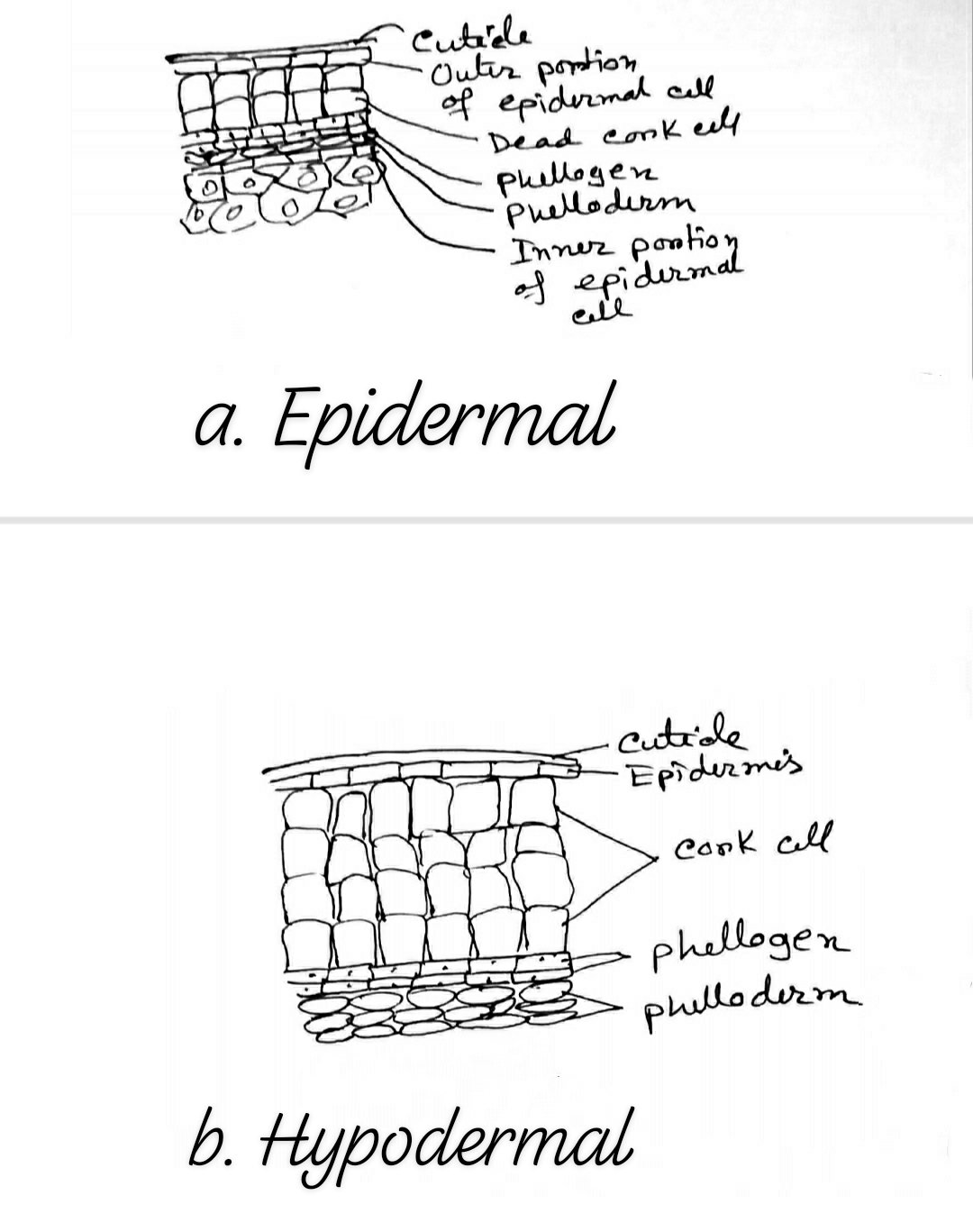 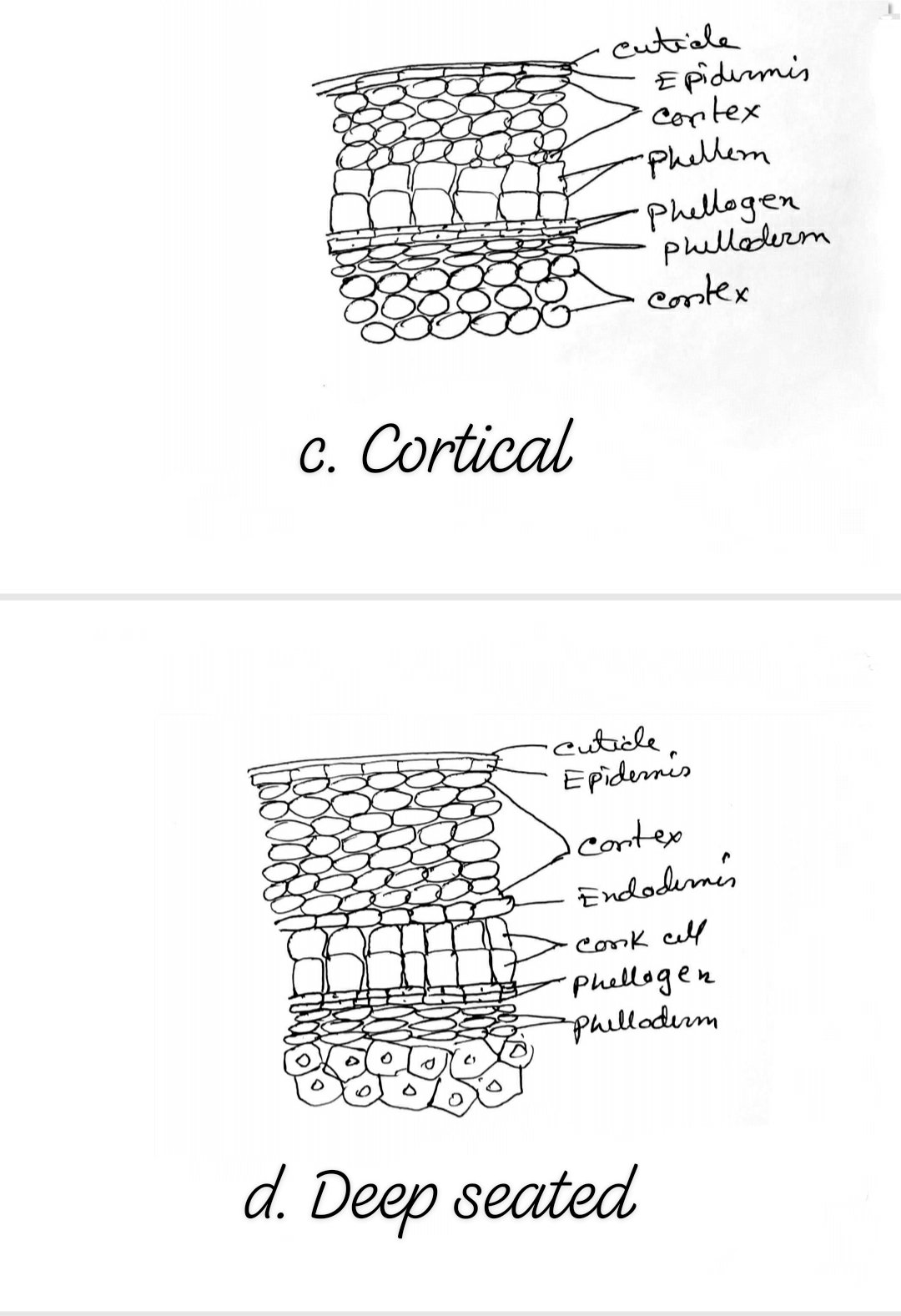 The cells that constitute phellem are commonly known as cork cells. They are like the phellogen from which they are derived.

The phellogen cuts off the phelloderm cells towards inner side which are living cells with
cellulose walls.

The development of the periderm layers in the cork Oaks (Quercus suber) is of special interest. The ability of the plant to produce phellogen in deeper layers, when the superficial periderm is removed, is utilized in the production of commercial cork (Q. Suber). At the age of about twenty years, when the tree is about 40 cm in circumference, this outer layer, known as virgin cork is removed by stripping to the phellogen.