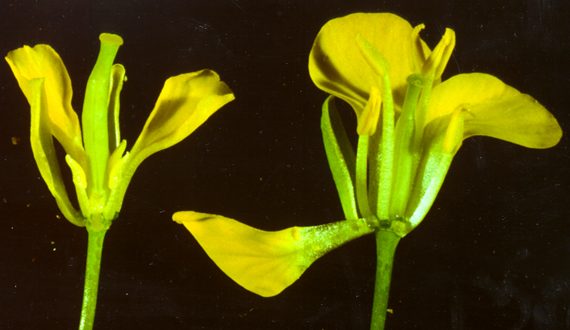 The male reproductive organs are mal-developed or aborted so that no viable pollens will be formed. This condition is known as male sterility (M.S) and may be inherited due to genetic, cytoplasmic or interaction of both genetic and cytoplasmic causes.

(The Answer to Why)

Expression of male sterility trait is associated with –

In both GMS & CMS systems, male sterility is the consequence of breakdown of tightly regulated pollen development and fertilization processes at any of the pre- or post-meiotic stages i.e

a) Cytoplasmic genetic male sterility (CMS): Male sterility is controlled  by the interaction of a genetic factor (S) present in the cytoplasm  and nuclear gene (s).

Previous Fungal Diseases of Rice
Next Self Incompatibility: An intelligent journey to variation